If you are a real estate investor, the answer is almost certainly yes. Owning and managing investment assets in one’s personal name is so risky as to be foolish. But the better question is, what structure will maximize both business functionality and asset protection? How can one keep things both simple and safe?

The answer is a two-company structure consisting of a traditional LLC acting as a management company in conjunction with a series LLC acting as an asset-holding company. This structure is suitable for investors who have (or intend to acquire) multiple properties of the same general type – single family rentals, for instance. So for owning and managing such properties, the investor should have two LLCs – a management company and a holding company. Each stands alone. Neither owns an interest in the other.

Division of Activities from Assets

The goal of separating activities from assets is foundational to asset protection. Doing so rests on the legal concept of privity, a common law principle that essentially means doing business with someone. It is the basis upon which liability is generated and lawsuits filed. Generally speaking, if there is no privity between plaintiff and defendant (meaning that the plaintiff has never done business directly with the defendant), then the lawsuit is subject to being dismissed on a motion for summary judgment. This is not theoretical. Arguments relating to privity are heard in the courthouse every day.

This author occasionally tells the story of the time a plaintiff attempted to recover a judgment against our client’s holding company (which owned hard assets, while his management company owned nearly nothing). The holding company was named as a defendant even though there had been no privity, which is to say no direct business dealings between the parties. At the hearing on a motion for partial summary judgment (intended by our side to pre-emptively dismiss the holding company from the suit), the lawyers were arguing before the bench and the judge was intermittently asking questions. I asked the other lawyer: “Why did you sue my client’s LLC in spite of never having done business with it?” The opposing attorney replied “Because that’s where the money is!” I next asked “Then why didn’t you also sue the Trump Organization? There’s money there too.” The judge immediately understood – no privity – and the motion for partial summary judgment was granted.

Every litigation attorney knows that the threshold question in evaluating a case is, will it survive a motion for summary judgment? In the above example, our client’s holding company (and the assets it contained) remained safely out of reach of the plaintiff, all based on the concept of privity, division of function, and supported by statutory firewalls contained in the two-company structure. This is why asset protection advisors consistently recommend that activities be separated from assets.

“So the holding company should own the management company, right?”

No. The management and holding companies must remain at arms’ length if your attorney is to make a successful privity argument in court. The two companies can have common ownership and similar managers – that’s not usually a problem – but they should not own any interest in the other, or the privity argument becomes so muddled that it fails.

For a visual aid, see the diagram at the end of this article. The division of function must be built into the structure from the beginning and then maintained throughout the life of the enterprise.

Let’s examine the functions of each company separately. The management company is the public face of the business, preferably operating under an assumed name. It is visible and active, collecting rents, signing leases, dealing with third parties like contractors, brokers, and vendors; employing personnel; leasing office furniture, equipment, vehicles, and office space; and otherwise engaging with the public. The management company is a stand-alone entity with no real assets, an intentional target for litigation.

There’s an old saying that potential plaintiffs (such as tenants) tend to sue whomever they write their checks to. Since payment is an obvious indication of privity, the goal should be to make sure the payee is always the management company, never the investor personally and never the holding company.

Cash (always the most vulnerable asset) held by the management company should be monitored. If funds build up in the operating account, as they likely will, then they can be transferred out at regular intervals to keep the average balance relatively low. They can also be transferred in as needed. A reasonable guideline is to keep cash balances under $25,000.

Tenants, creditors, vendors, and the public generally should made to understand that they are doing business with the assumed name, and checks should be written accordingly. If there is no compelling reason to disclose the proper legal name of the investor’s underlying LLC – and most of the time there is not – then why do it? Also, one’s personal name should not appear in these transactions except in the capacity of an authorized representative who signs on behalf of an entity. Why? Because when a personal name appears as a principal, a plaintiffs’ attorney sees a potential defendant. (Note: if a tenant requests the proper legal name of the landlord’s business – whether management or ownership – then the landlord must provide it. Tex. Prop. Code Section 92.201.)

By contrast, the holding company (often but not always a series LLC) is designed to hold title to hard assets and pay ad valorem taxes – and that’s all. It stays quietly in the background, avoiding contractual or transactional privity with anyone. Few people, especially tenants and other potential plaintiffs, need know that it even exists. Because the holding company does no business with anyone, it has no privity with anyone, and therefore (we would argue) there can be no legitimate legal basis for a cause of action against it.

Using a Series LLC as the Holding Company

Holding companies are often set up as series LLCs with multiple compartments or series that are isolated and insulated from one another. For example, if there is a lawsuit affecting an asset in series A, then series B, series C, and so on are not affected. The unique benefit of a series LLC is that it is necessary to have only one LLC to safely own multiple assets (each asset being placed in its own series), so long as the assets are generally similar in type. (Dissimilar assets should not usually be placed within the same LLC, whether the LLC is a series company or a traditional LLC.)

The problem with using a traditional LLC as a holding company for multiple assets is that, in the event of a judgment, all assets are held in a collective vulnerable pool. There are no compartments. Assets are not isolated or insulated from one another. A judgment against one asset is, effectively, a judgment against all. In a series LLC, legal action against an asset in one series does not affect or spill over onto assets in other series. Absent misconduct such as fraud (a consistent caveat across Texas law) the threat or damage is contained within a specific series.

In addition to acting as a management company, traditional LLCs are suitable for holding a single property, wholesaling or flipping, or as a single-purpose entity (SPE) for businesses such as retail, a restaurant, an apartment complex, or a start-up. Having said that, SPEs that are particularly high-risk (e.g., a mobile home park with rentals and sales) are best advised to organize as a two-company structure with management functions distinctly separated from ownership of the primary asset. This is true even if there is only one hard asset involved rather than multiple assets as contemplated above.

The core message of this article is that activities such as management functions should be clearly and fully separated from ownership of valuable assets in order to achieve maximum asset protection. “Activities” refer to doing business with the public – entering into leases, contracts, buying and selling, and so forth, all of which can generate liability and lawsuits. These functions should be the exclusive job of the management company. By contrast, the holding company avoids all of that, minimizing privity and vulnerability to lawsuits. Without demonstrable privity, a suit against a holding company that is part of a properly-designed and maintained two-company structure is unlikely to be successful.

This firm has implemented hundreds of two-company structures of behalf of real estate investor clients and, so far as we know, none has failed except in cases of neglect, fraud, or other misconduct on the part of the investor. To the contrary, we have repeatedly heard from clients over the years how their two-company structure easily survived a court challenge. 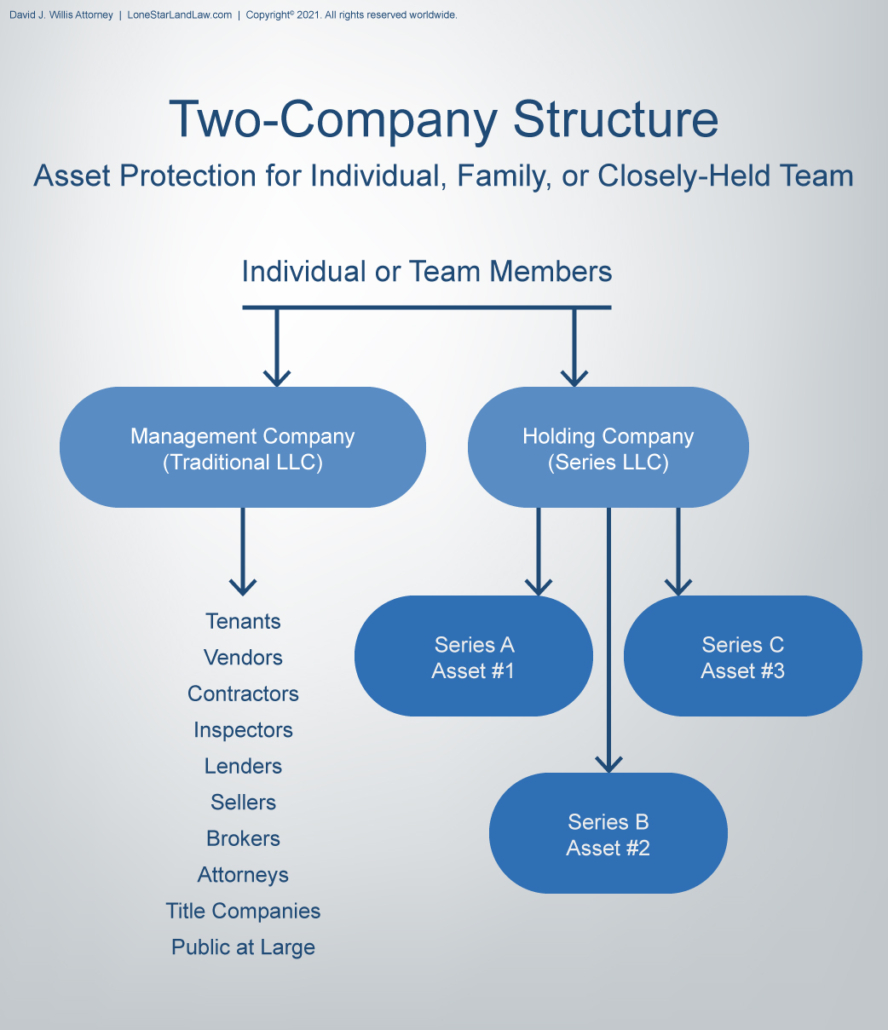 Information in this article is provided for general informational and educational purposes only and is not offered as legal advice upon which anyone may rely. The law changes. Legal counsel relating to your individual needs and circumstances is advisable before taking any action that has legal consequences. Consult your tax advisor as well. This firm does not represent you unless and until it is expressly retained in writing to do so.

Copyright © 2021 by David J. Willis. All rights reserved worldwide. David J. Willis is board certified in both residential and commercial real estate law by the Texas Board of Legal Specialization. More information is available at his website, www.LoneStarLandLaw.com. 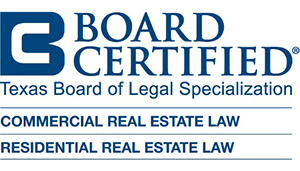 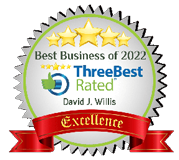 The Texas Series LLCLLC Formation in Texas
Scroll to top